During the move to my 11th cubicle in a year at my office space (co-working space growing pains), we ended up with this weird corner space that really really needed a bookshelf to organize our crap.

After searching on IKEA and Target and all the usual suspects, I remembered that I had a house that we were busy demolishing and a fairly huge stack of “reclaimed wood,” a.k.a. things in the demolition pile, and a basement workshop full of awesome tools to play with.  Obviously, it would be easier to just build a bookshelf that fits in the space and meets our needs, right?

I mean, this is our basement workshop: 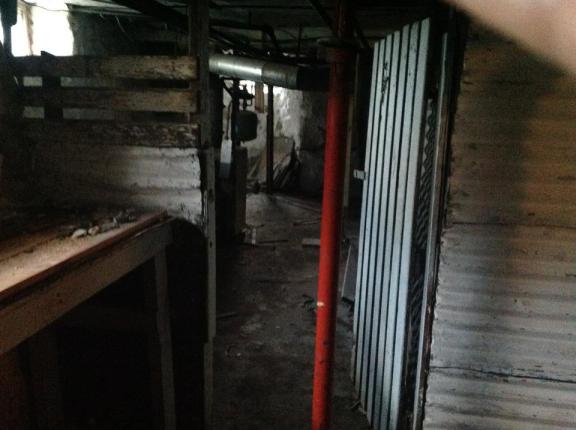 Don’t all the corrugated tin walls look like a creepy murder room?
Oh wait, it probably was one.

Just kidding, that picture was from when we first moved into the house, just after we removed the shower curtain/vapor barrier that was covered with wet moldy carpet remnants and discovered the newts living under them.

THIS is our basement workshop: 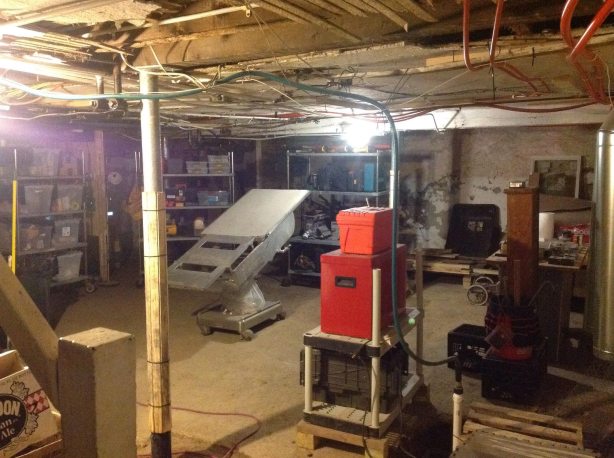 This workshop is pretty sexy, no?
The main workbench is an antique surgical table bought off of Craigslist. Totally preserves that “creepy” feeling.

Anyways, I pulled shelves out of our demolition pile in our garage, ones that I had already labeled “not worth saving” and set to work putting together this office bookshelf, armed with a general idea, some measurements from the office, a rough sketch, and an extra set of man hands.

This pile of yucky wood boards from the walls of the attic: 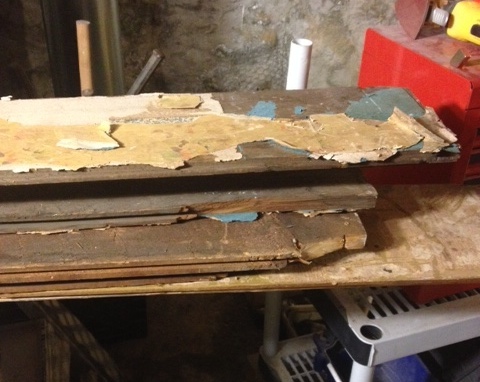 Took about 5 hours, some elbow grease, a hand sander, and lots of force (some of the 2x3s were warped) to become this: 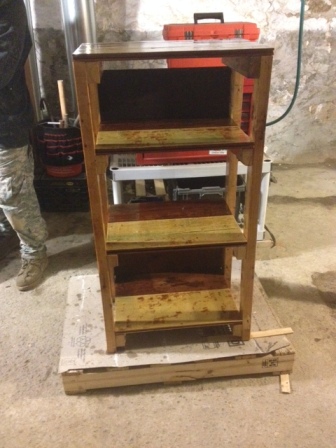 She is a thing of beauty.
(The bookshelf, not the man-butt.)

Not all the wood was super-old; we did find this awesome note on one of the 2x3s: 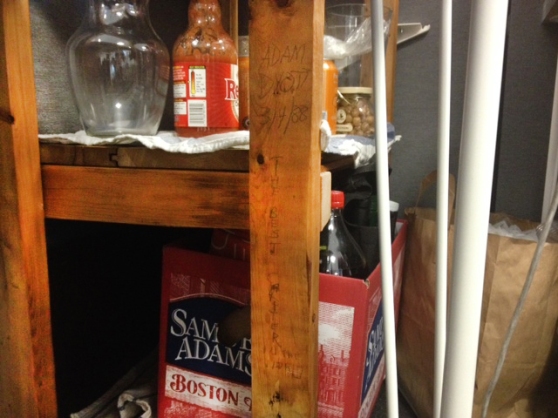 And here is the bookshelf in its rightful space, in action: 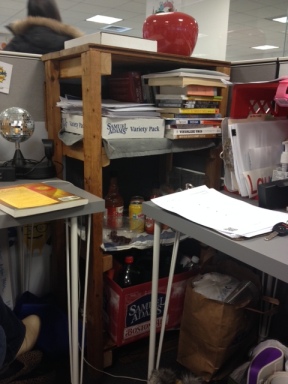 Now to actually organize the bookshelf…

What was trash is now treasure again! Here’s to hoping that there are many more reclaimed wood projects in the works.  Maybe I can make the radiator covers in the house out of reclaimed wood this summer.  So ambitious, so many projects, not enough time!

What’s been on my mind

All views on this blog are my own opinions, and do not reflect the opinions of my employer(s).

Unauthorized use and/or duplication of this material without express and written permission from this blog’s author and/or owner is strictly prohibited. Excerpts and links may be used, provided that full and clear credit is given to Sheri Ann Cheng and sherianncheng.com with appropriate and specific direction to the original content.

TL; DR - respect and properly credit work that doesn't belong to you, and karma won't come get you.